Rwanda has embarked on intensive rehabilitation and extension of major genocide memorials, pending a definitive burial for remains and registration of four genocide museums among the world heritage properties.

The National Commission for the Fight against Genocide (CNLG) has put aside over Rwf 6 billion to rehabilitate six national genocide memorials, including Kigali Genocide Memorial, Ntarama, Nyamata and Nyarubuye in the eastern province, and Murambi and Bisesero in the western and southern provinces, respectively.

According to Dr Jean Damascène Bizimana, CNLG Executive Secretary, the memorials were affected by several environmental factors, like humidity and rain, which could in some instances reach the mass graves to damage coffins.

“In the first place, we want to safeguard remains and place them in new coffins because those that were used 23 years ago are rotting. We shall then rehabilitate mass graves and extend memorials,” said Bizimana.

The work has already started at the Nyamata Genocide Memorial, which holds the remains of more than 40,000 Tutsi victims.

This memorial site was a Roman Catholic church at the time of the genocide. But for the entire week of April 11 in 1994, it became the site of one of the worst massacres of Tutsis by combined force of the army and civilian militias.

On Saturday, March 18, hundreds of genocide orphans affiliated with the genocide survivor student associations AERG and GAERG descended on the site to help clean the remains.

The students helped to remove remains from the mass graves and coffins, wash them, and apply chemicals to protect them from bacteria that cause decomposition.

According to Bizimana, the mass graves will be rehabilitated. They were constructed hastily to receive remains in the wake of the genocide and, because of that, some are in poor conditions.

“The ultimate goal is to place the remains in new coffins and bury them in dignity, leaving only some to serve as everlasting signs of the horrible genocide in Rwanda,” said Bizimana.

Currently, he said, CNLG is working with experts from Germany’s Nuremberg University to describe the circumstances in which victims whose remains will be kept were killed.

“For example, in Murambi, we have over 1000 remains that were not buried. We will have to bury them and keep some that carry unique history,” Bizimana told KT Press.

Besides mass graves, other infrastructures also need to be maintained, because they represent important genocide history.

For instance, one structure that will be preserved is the room that used to serve as sacristy at Ntarama Genocide Memorial. This room — normally the space where priests prepare for services and store their robes and other worship materials — witnessed the murder of hundreds of children during the genocide. Bloodstains are still visible on the walls where children were beaten to death.

Some walls at the Murambi memorial, said Bizimana, have been damaged by lightning strikes. CNLG will repair these walls and replace the lightning rods. The same will be done at the Bisesero memorial. 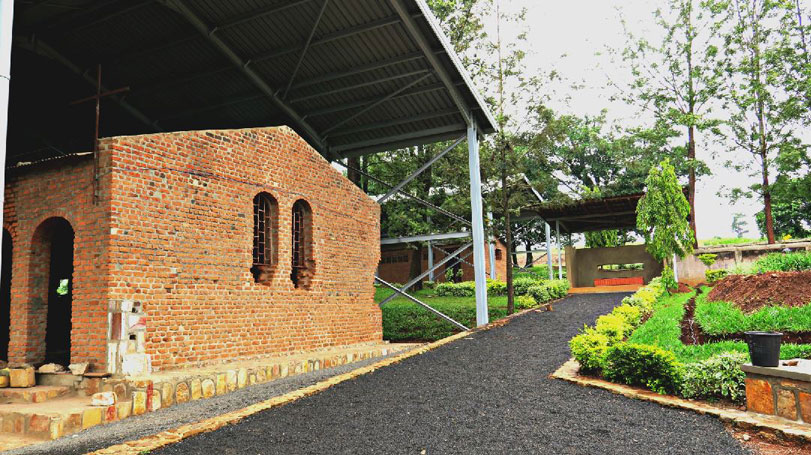 The Rwf 1 billion per museum will be used to improve infrastructure at the six genocide museums around the country.

One thing that is missing at all the museums except the Kigali Genocide Memorial is a history room to document the genocide, according to Bizimana. In these rooms at the Kigali memorial, video documentaries, photos, and text narrate various stages of the genocide that occurred around the country.

Moreover, some of the memorials, including the Nyamata memorial, do not have enough toilets, and visitors have to travel to neighboring memorials to relieve themselves.

Some memorials do not have areas for visitors to sit after viewing the exhibits, and the CNLG also plans to build rehabilitation rooms for visitors who are traumatized by their visit.

While the first goal is to put remains to rest in a protective environment, Bizimana said, the team is also satisfying requirements for four of Rwanda’s genocide museums to qualify as UNESCO world heritage sites.

The government submitted four museums to be evaluated by the United Nations Educational, Scientific and Cultural Organization: Gisozi, Murambi, Nyamata and Bisesero.

“UNESCO at first had an understanding that a few genocide museums that were so far placed among world heritage properties are representative of all the others but we were brought to explain how the Genocide against Tutsi differs from others,” said Bizimana. “Required infrastructure and adequate explanation of the genocide in Rwanda will make the four museums qualify as world heritage properties.”

Each of these sites is linked to a particular story from the genocide. The Murambi and Bisesero sites highlight the role France played in the genocide. Gisozi is the biggest memorial in the country and holds the remains of 250,000 victims from across Kigali, and Nyamata is located in an area where the genocide was tested in 1992.

UNESCO should complete its evaluation by February 2018, Bizimana said. 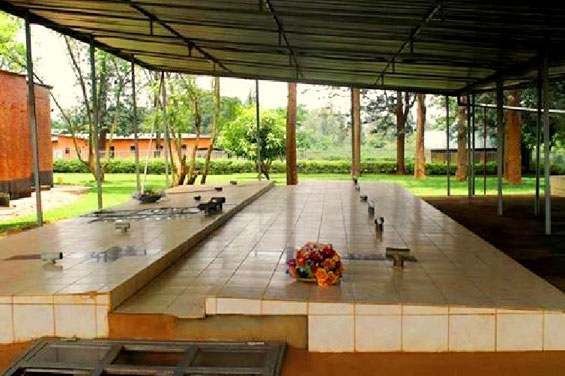 Kwibuka 23: Building on Our Progress

During the Kwibuka 23, building is a slogan that will be applied, not only to physical infrastructure, but also to all components in a country that was reduced to ash 23 years ago but recovered miraculously.

From April 7-13, which corresponds to the national mourning week, all flags in the country will fly at half-mast.

On 7 April 2017, events will be held at national and village levels to kick off the National Mourning Week. Throughout the week, Rwandans throughout the country will reiterate their commitment to fight Genocide ideology and reflect on the country’s journey of unity and reconciliation in the last 23 years.

While the national mourning week will be concluded on April 13, events to commemorate lost ones will continue for 100 days that took the Genocide.

“The Genocide against the Tutsi was an attempt to break down our potential and rip apart our unity. In 100 days we lost one million friends, family members, neighbors, leaders and future leaders.  To honor the memory of those lost, we will spend 100 days coming together,” said Bizimana.

“We will spend the rest of our lives fighting genocide ideology – with all the tools in our possession.  Good governance, continued and sustainable growth and remembering our loved ones are our weapons of choice.”

A research commissioned by the Ministry of Local Government in 2000 concluded that 1,074,017 were killed in the 1994 Genocide against the Tutsi.